Study numerology refers to study of numbers. Numerology became increasingly popular in the last century, and today people from every section of civic society have a keen interest in numerology.

The field of numerology is vast, yet those who study it find both fun and entertaining. Unlike other subjects, you can’t simply review some books or remember certain numbers and their results. You need to access both your mental abilities and your spirituality to learn numerology. Indeed, although numerology is a subject of science, it is closely associated with spiritual ideas.
The study of numerology actually dates back as old as history. Since the dawning of the ages, a variety of systems have evolved, taking on different forms in different countries. These systems, use slightly different methods of calculation as well.

As every country has its own languages, pronunciation also varies. This is important as the study of number relates to the numbers as well as their vibrations. As a result, those who study numerology must develop a basic comprehension of each of these systems.
Study numerology starts with the study of

numerology meanings.
The various systems were named primarily according to the country in which they originated. For example, the numerology developed by the Chaldea people is known as chaldean numerology. This ancient numerology was developed in the Persian Gulf around 4,000 years ago.

Historians have determines that Pythagoras gleaned much of his information from the written texts of the Chaldean Empire, using this to set up his own system. Today we recognize his system as Western numerology or modern-day numerology.

By studying Chaldean numerology you will gain extensive knowledge about compound numbers, which play a significant role in our life.
Another recognized system of numerology is Kabbalah numerology. The word kabbalah means many different things to many people.

The kabbalah system believes that our physical Universe operates under a set of spiritual laws. Thus, studying the kabbalah systemenables learners to understand the “Tree of Life Analysis”.

Many contemporary numerologists prefer the Hebrew system, although Hebrew numerology is quite difficult to understand.
Chinese numerology, which is also quite popular and interesting, asserts that the universe is made of five basic elements: wood, fire, earth, metal, and water. This system led to the development of several systems of astrology.

Chinese Numerolgy is also famous for its Lo Shu Chart, which is a unique way to discover individual’s personal traits.
With so many systems, how can the novice numerologist choose which system to follow ?

My best advice is not to be biased toward any particular system when you study numerology, but to become familiar with each of them and incorporate them into practice. I myself work with Indian Vedic Numerologywhich is easy to learn and shares some close connections to western numerology. Yet I respect all the systems and follow one or two methods from other systems as well as my own certain calculations.
The study of numerology can be as comprehensive as in-depth as you like. The more you learn, the more interesting it becomes.

I recommend that the novice numerologist focus on learning the fundamental concepts from the pages included on this website. As you become more competent in your skills, if you want to pursue additional knowledge or study numerology in advance level, check out the links of available resources on this site.

All of the information included here is meant to help you to proceed further in your study of numerology while advancing your skill level. 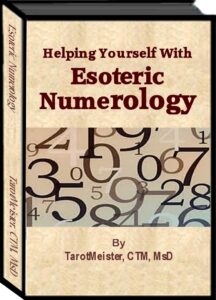